Chiesa Shahinian & Giantomasi PC Will open in a new window One Boland Drive West Orange, NJ 07052 UNITED STATES
Register
View Event Attendees
DEVELOPMENT 360 is a five-session professional development program taking place over the course of a year, each session covering the complete cycle of the real estate development process from acquisitions, capital markets, entitlements/land use, construction/architecture through dispositions. The sessions are geared to real estate professionals that are in the beginning or mid-career state, but are open to all. The speakers will share their experiences and best practices in a lively and interactive session, opting for case studies and Q&A over lectures and will include networking after each session. 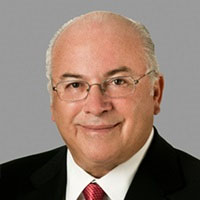 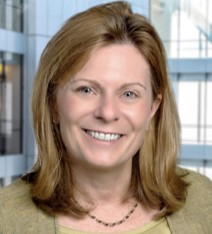 The fifth session will focus on the Dispositions portion of the development process and will be led by Andrew Merin, Executive Vice Chairman of Cushman & Wakefield and Lynn deCastro, Executive Director, U.S. Transactions, PGIM Real Estate. Tom Trautner, Esq. of CSG will serve as moderator for the session.
We hope you will join us for this informative and interactive session!
Registration limited to the first 30 respondants so register by 2/21/2020 to secure your space.
Thursday, February 27, 2020
8:30-11:00 a.m.
Office of Chiesa Shahinian & Giantomasi PC
1 Boland Drive, Second Floor
West Orange, NJ 07052
Cost:
ULI Members: $30.00
Non ULI Members: $45.00
A very special thank you to our Breakfast/ Host Sponsor, CSG and to our Annual Sponsors without whom, events such as these would not be possible.

PROFILE
Andrew J. Merin, Executive Vice Chairman of Cushman & Wakefield, heads the Investment Sales Group of the firm's East Rutherford, New Jersey office. He has served as a member of the firm's Board of Directors and as a member of the Audit Committee. Andy joined Cushman & Wakefield in 1983 and subsequently joined the Investment Sales Group in 1987 after a 17-year career as an office leasing transaction specialist.

Throughout his career with Cushman & Wakefield, Andy has consistently been among the top two or three percent of all brokers for production. Over the past decade, he has been involved in more than $23.8 billion of property sales including $14.7 billion of office transactions, $2.6 billion of retail sales, over $3.2 billion of industrial property sales and $3.3 billion of multi-family property. Andy and his team have also completed 35 million square feet of corporate dispositions totaling over $3.4 billion nationwide. Prior to joining C&W, Andy was a Principal and Executive Vice President for eight years with Baker Merin Associates, Inc. Before forming Baker Merin Associates, Andy was a Vice President and Co-Branch Manager for Sutton and Towne's New Jersey branch office (predecessor to Coldwell Banker's New York operation).
PROFILE
Lynn deCastro is an executive director at PGIM Real Estate. Based in Madison, New Jersey, Lynn is a member of the U.S. Transaction's group, responsible for investment dispositions nationally. Additionally, she is an adjunct professor at Rutgers Business School teaching Real Estate Investment Management.  From 2013 through 2019 she was the head of PGIM's Inclusion & Leadership Network Implementation team. She was a member of the Executive
Committee and Advisory Board for Rutgers Center for Real Estate from 2015 through 2019.
From 2002 through 2015, Lynn was responsible for asset management of PRISA II's hotel portfolio and the office assets located in the eastern portion of the U.S.
From 1998 through 2002, she was responsible for asset management, portfolio planning and client reporting on WCOT Portfolio.  From 1995 through 1998, she was responsible for portfolio planning and client reporting on the PRISA II portfolio. In addition, she also handled the asset management for several of PRISA II's apartment properties.
From 1988 to 1995, Lynn was responsible for a variety of real estate investment functions on Prudential's General Account, including asset management, property sales, financial analysis, marketing and reporting. Prior to joining Prudential, she was a senior staff accountant in the Direct Investments Origination Department of E.F. Hutton.
Lynn has a bachelor's degree in accounting from Kean College in New Jersey.
AWARDS & ASSOCIATIONS
Throughout his career with C&W, Mr. Merin has consistently been among the top two or three percent of all brokers for production. Mr. Merin has been the recipient of a number of C&W's highest honors including:  Leading Investment Sales Brokerage Professional (1994-1998 and again in 2002, 2003 and 2009); regionally the Top Investment Sales Producer, New York Area (1993-1998, 2002-2003, 2006 and 2009; the Leone J. Peters award naming him C&W's Leading Brokerage Professional (1997); and C&W's 2001 National Quality Service.  In addition, Mr. Merin and his team have been awarded the New Jersey NAIOP Creative Deal of the Year award six times and was also awarded the Westchester NAIOP "Creative Deal of the Year" award in 2006, and honored with NAIOP's 2012 Impact Award, and recently inducted into NAIOP "Hall of Fame" in 2017.

view map Will open in a new window