Register Yourself Register Two or More
View Event Attendees
What are the key emerging trends that will shape the real estate market in 2023 and beyond? What does the future hold for real estate investment and development? What do industry leaders say about the outlook for U.S. real estate property sectors, metro areas, finance and capital markets, and other real estate issues? What are the findings from the 44th  annual Emerging Trends in Real Estate®  survey, interviews, and focus groups? Emerging Trends in Real Estate®, undertaken jointly by PwC and ULI, is based on insights from hundreds of industry leaders and is the most highly regarded and widely read forecast report in the real estate industry. Come hear a lively, provocative, wide-ranging discussion on national trends and have the chance to ask your own questions.
A moderated local panel discussion with our area's leading real estate professionals will follow as they discuss and react to the report's findings as it pertains to our local market.

Thank you to Our Event Sponsor

If you would like to become an event sponsor, please check out our packages here.

ULI NNJ Annual Sponsors are reminded to utilize their discount code when registering. 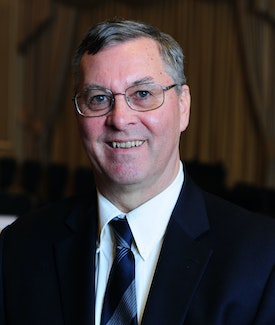 Hugh is Special Advisor to Fordham University's Real Estate Institute @ Lincoln Center. He taught at New York University’s Masters Degree Program in Real Estate Investment and Development from 1988 tp 2016, and held the rank of Clinical Professor of Real Estate. He was twice awarded the school's honor for teaching excellence, and was the program's most published professor in academic journals. He heads his own consulting practice, Hugh F. Kelly Real Estate Economics, and prior to 2001, he was chief economist for Landauer Associates, where he worked for 22 years. Hugh also served as the President of the Board of Brooklyn Catholic Charities’ affordable housing development corporation (2012 - 2016), and now is a Board Member of corporations which hold and manage the Diocese's portfolio of more than 1000 properties. He is a member of the Counselors of Real Estate, the National Association of Business Economists, and the American Philosophical Association, and a Fellow at the Homer Hoyt Advanced Studies Institute. Hugh has published more than 200 articles in industry journals, and in 2008 published a paper on contemporary politics and economics titled “Judgment: Imagination, Creativity, and Delusion” in the philosophical journal Existenz. A paper co-authored with Matthew Drennan of UCLA, titled “Office Rents as a Measure of Urban Agglomeration,” has been published (2010) in the Journal of Economic Geography (Oxford University, UK). in 2016, Routledge/Taylor & Francis published his book "24-Hour Cities: Real Investment Performance, Not Just Promises."
View in Member Directory Will open in a new window 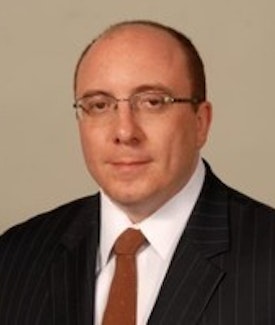 Nov 2008 JOSE R. CRUZ EXECUTIVE DIRECTOR, CAPITAL MARKETS GROUP Mr. Cruz serves as an Executive Director of C&W's East Rutherford, New Jersey Investment Sales Group. He is responsible for marketing investment property, valuing institutional quality real estate, and property tours. Mr. Cruz is also responsible for providing analytical support, reviewing financial statements and examining lease information. Since 1997, Mr. Cruz has been involved in more than $12.0 billion of office, industrial, retail, multifamily and land sales. Mr. Cruz has been involved in several notable transactions including the sale of the 1.3 million square foot Starwood retail portfolio for $135 million to Inland Real Estate; the sale of the 1.2 million square foot Rockpoint/Allegiance Office Portfolio for $115 million to LaSalle, and the $75 million sale of 201-multifamily units from Korman Communities to Investcorp. Mr. Cruz and his partners have been the recipients of the 2000, 2001, 2004, 2005 and 2006 New Jersey NAIOP "Deal of the Year Award." Prior to joining the Investment Sales Group, Mr. Cruz was the Northeast Area Manager for the Research Services Department within C&W. He was responsible for overseeing a staff of twelve individuals that compiled detailed quarterly and yearly analytical market reports on the New York and New England areas. Prior to joining C&W, Mr. Cruz was a real estate analyst with PaineWebber, UBS, Inc. Mr. Cruz graduated from Rutgers University in 1991 with a bachelor's degree in Financial Economics and Real Estate Development. He obtained his MBA in Finance at Fordham University, with concentrations in Real Estate and Investments. Mr. Cruz has also received his Master of Science degree in Real Estate from Columbia University. He is currently a member of Pension Real Estate Association (PREA), Urban Land Institute, International Council of Shopping Centers (ICSC), New Jersey Apartment Association (NJAA) and National Multifamily Housing Council (NMHC). Mr. Cruz was also listed in the 2005 New Jersey Real Estate Rising Stars "40 under 40". He is also featured in the 2007 "40 under 40" most influential business people in New Jersey and the 2007 "Broker All Stars".
View in Member Directory Will open in a new window 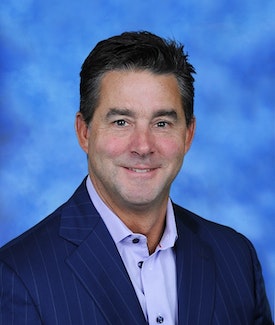 Eugene R. Diaz founded Prism with a mission to strategically invest and develop across a broad spectrum of asset classes and transaction sizes. The firm has evolved into one of the New Jersey’s most active and respected developers focusing on the adaptive re-use and repurposing of excess corporate facilities and turn-of-the-century industrial buildings. Throughout his career, Diaz has been responsible for the acquisition and capitalization of more than 26 million square feet of commercial real estate with total transaction value in excess of $3.5 billion. Previously, Diaz worked for Cushman & Wakefield, and held several leadership positions at Gale & Wentworth, including chief investment officer. With multiple industry honors and prominence as a sought-after media source and speaker, Diaz is an outspoken advocate for positive, impactful commercial real estate development.
View in Member Directory Will open in a new window 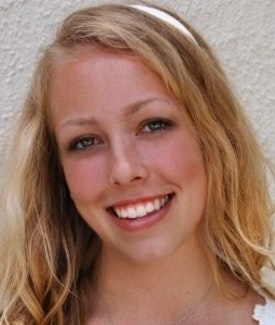 View in Member Directory Will open in a new window
Mr. Rosenberg is the CEO and Co-Founder of Azure. He oversees the company’s operations and is actively involved in all aspects of asset management, acquisitions, dispositions and investor relations. Prior to forming Azure, Mr. Rosenberg was a Director at Marathon Asset Management’s Real Estate Opportunity Fund. Marathon is a $10 billion global investment management firm with over $3 billion invested in real estate debt and equity. At Marathon, Mr. Rosenberg was responsible for North American and Western European investment opportunities where he was directly responsible for the purchase of over $4 billion of property. Prior to joining Marathon in 2004, Mr. Rosenberg was an investment analyst dedicated to acquisition and development transactions for Sienna Capital, an investment firm set up as a joint venture with Goldman Sachs’ Whitehall Street Real Estate Funds. Mr. Rosenberg’s investments to date include common equity, preferred equity, mezzanine financing, and controlling debt real estate projects in the US and Western Europe. Mr. Rosenberg has invested in ground up development, conversions and existing assets in the multi-family, office, condominium, hotel, retail, parking, homebuilding and land sectors.
View in Member Directory Will open in a new window Heath Abramsohn is Vice President & Regional Director, New Jersey/Pennsylvania Development, for Rockefeller Group. He joined Rockefeller Group in 2005. Mr. Abramsohn is responsible for project analysis, due diligence, financial/investment analysis, site selection, entitlements, and project management for real estate acquisitions and development activities projects encompassing both speculative and build to suit opportunities of investment grade commercial assets within the Northeast. He is currently working on entitling in excess of 3.5M SF of industrial product within NJ, NY, and PA. Past experience includes developing in excess of 5.5M SF of industrial product. He has transacted over $1.5B.
View in Member Directory Will open in a new window