The NJEDA is currently preparing to launch two innovative programs supporting brownfields revitalization. The Brownfields Redevelopment Incentive Program will provide tax credits to support brownfield redevelopment projects and the Brownfield Impact Fund will make financing available for brownfield remediation and revitalization.  The New Jersey Economic Development Authority (NJDEA) also continues to develop new programs as part of the Authority's "Community Revitalization" initiative. Join NJEDA Director of Brownfields and Sustainable Systems Elizabeth Limbrick for an in-depth discussion of the benefits these programs offer and how to apply as well as information on upcoming programs supporting brownfields redevelopment in New Jersey and the region. 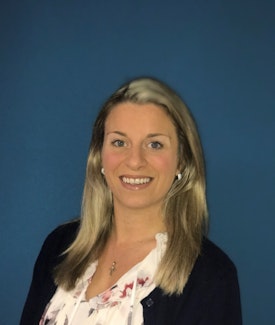 Stephanie Turkot is an Assistant Project Manager at GZA. Prior to GZA, she completed her internship at the NJDEP and worked for an international remediation company. She has more than eight years of experience with remediation project designs and field-scale implementations. Her projects have included Superfund and brownfield sites throughout the United States, and she has in-depth knowledge of chemical and bioremediation products. She received a Bachelor's of Science degree in Environmental Science from William Paterson University in Wayne, NJ. Ms. Turkot is a member and involved with several non-profit organizations including the New Jersey Society of Women Environmental Professionals, Urban Land Institute, Midwest Energy Association and Kiwanis Club. In her spare time, she enjoys spending time with family and friends.
View in Member Directory Will open in a new window 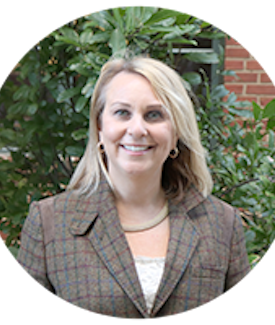 Elizabeth Limbrick is the Director of Brownfields & Sustainable Systems for the New Jersey Economic Development Authority (NJEDA). In this role, she leads the Authority’s efforts on brownfields to create thriving and inclusive communities by addressing environmental and economic justice issues using holistic integrated approaches. Elizabeth brings 25 years of experience in many facets of brownfield redevelopment to her position at the NJEDA. Her public sector background includes posts at the New Jersey Department of Environmental Protection and the New Jersey Schools Development Agency. She has added to her expertise through conducting brownfield research at New Jersey Institute of Technology and managing a wide variety of private sector brownfield projects as an environmental consultant. She is a Licensed Site Remediation Professional (LSRP) in the state of New Jersey and is also a Licensed Professional Geologist (PG) in the state of NY. Elizabeth is also a long-time active member of the Brownfield Coalition of the Northeast (BCONE), NJ Society of Women Environmental Professionals, and Licensed Site Remediation Professional Association. Elizabeth was recently recognized by ROI-NJ as one of the top ten “ROI Influencers: Women in Business 2021 — Economic development”.
View in Member Directory Will open in a new window 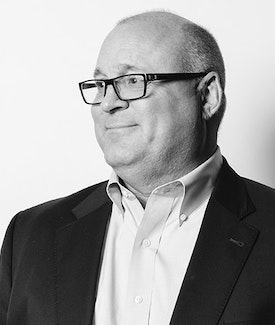 Steven Humphreys concentrates his practice on all aspects of environmental law and related counseling of businesses. He advises businesses in regulatory compliance and management of environmental risk in matters arising under the Comprehensive Environmental Response, Compensation, and Liability Act (CERCLA), the federal Resource Conservation and Recovery Act (RCRA), Clean Air Act, Clean Water Act, and various other federal, state and local environmental laws, as well as the environmental aspects of business transactions. Steven represents purchasers and sellers of contaminated or potentially contaminated and “brownfields” properties in transactions involving single and multiple properties, both in the U.S. and abroad. He counsels lenders and borrowers in commercial loan transactions and loan workouts. Steven offers particular skill in developing strategies for the identification, management and allocation of environmental risk in business transactions, including the use of environmental insurance products, guaranteed remediation contracts and governmental liability protections to offset risk. Moreover, Steven represents owners of real property seeking to manage environmental liabilities through voluntary cleanup programs and property transfer laws such as the New Jersey Industrial Site Recovery Act. He has experience retaining and managing environmental engineering firms, including response action contractors, for projects involving the investigation and remediation of contaminated property.
View in Member Directory Will open in a new window 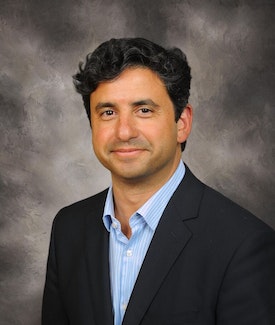 Michael Allen Seeve is the President of Mountain Development Corp. Founded in 1979, MDC has steadily expanded by making opportunistic, long term investments in various locations, urban and suburban, throughout the Northeast. Today, MDC manages a diverse collection of primarily commercial, retail and industrial properties totaling in excess of six million square feet and spanning five States. Michael is a past President of the New Jersey Chapter of NAIOP, which is the State’s leading trade association for the commercial real estate development industry. The organization, which currently represents more than 900 members in New Jersey, focuses on advocacy, professional advancement and industry best practices. Michael serves as a public Trustee and Chairman of William Paterson University, one of the State’s public higher education institutions and is a past Chairman of the University’s Foundation. He also serves on the NJ Department of Community Affairs Code Uniform Construction Code Advisory Board. He is Chairman of the Paterson Special Improvement District, a public private partnership active in the central business district of the State’s third largest City. Michael is a past Chairman of the Barnert Hospital Foundation and the Alexander Hamilton Charter School. Michael was recognized in 2015 at William Paterson’s annual Legacy Gala. He was honored at the American Conference on Diversity at their annual real estate luncheon in 2012 and served as the moderator for the United Way real estate luncheon in 2014. Michael was recognized as Barnert Hospital’s Man of the Year at their 2006 Gala and, in 2006, was named one of “Forty under 40” by NJ BIZ, and received the same recognition in 2005 from Real Estate New Jersey magazine. He graduated from the University of Pennsylvania in 1992 and lives in Upper Montclair, New Jersey with his wife Veronica and their two sons.
View in Member Directory Will open in a new window